Medical Marijuana refers to the use of the drug cannabis as a physician-recommended herbal therapy, for a variety of conditions and diseases.

Cannabis has been used for medicinal purposes for approximately 4,000 years. Writings from ancient India confirm that its psychoactive properties were recognized, and doctors used it for a variety of illnesses and ailments. These included a whole host of gastrointestinal disorders, insomnia, headaches and as a pain reliever frequently used during childbirth.

"According to Chinese legend, the emperor Shen Nung (circa 2700 BC; also known as Chen Nung) [considered the Father of Chinese medicine] discovered marijuana's healing properties as well as those of two other mainstays of Chinese herbal medicine, ginseng and ephedra."

In the 1970s, a synthetic version of THC, the primary active ingredient in cannabis, was synthesized to make the drug Marinol. 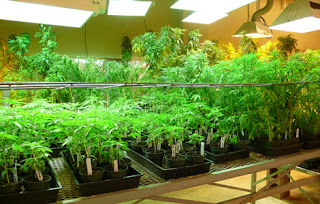 THC, manufactured into a pill that is taken by mouth, (not smoked) can be used for treating the nausea and vomiting that go along with certain cancer treatments and is available by prescription. Another chemical related to THC (nabilone) has also been approved by the Food and Drug Administration for treating cancer patients who suffer nausea. The oral THC is also used to help AIDS patients eat more to keep up their weight.

Due to the prohibition of marijuana however; it's use as a medicine is restricted. However, recent government legislation have made it more available to patients n Canada and some U.S. States.

Patients are now able to apply for personal possession and even a limited cultivation license.